8 reasons why Mariners are blessed

8 reasons why Mariners are blessed

God blessed mariners for all the hardship they do on-board and sacrifice they make in their merchant Navy life. I believe in my 10 years of Merchant Navy life I gained so many things which cannot be quantified. Below are a list of phenomenon (natural / man-made) which fills you with inner happiness. While I was not lucky enough to have seen them all, but some mariners certainly did experience and shared it with me. This list does not include rare shore leaves we mariners still get on-board.

My friends kicked, to wake me up early at Nainital for capturing "the sunrise" ! I felt ki main unki "chainkuli ki mainkuli kar doon"! Why the hell were they so damn excited ? They say I am boring, while I wish I could bring them on-board to see what we experience almost everyday there (and perhaps never value it!).

If one steers 090 (read East) or 270 (read west) we experience the most picturesque sun rise/set and perhaps the best twilight humans can experience. I was lucky to get this picture on-board my last ship. What if we do not steer that course ? Do not worry, we still see it just that we need to move then ;-) 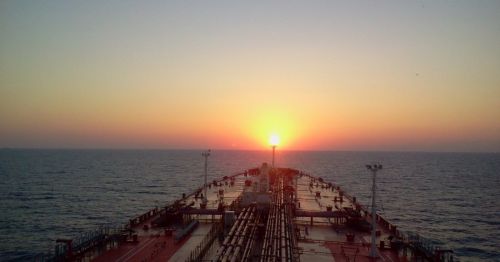 Visualize a day when sun never rises, you have darkness, normal twilight and then nothing happens as if the Sun just got stuck. All credits to Subhasis Pandey for sharing his experience. While my cadet does the calculation, such phenomenon may occur at higher latitudes (above 66.5 degrees) and at sun's maximum declination (23.5 degrees). Such circumpolar sun is an experience to live. Some mariners have also experienced "Midnight sun" a phenomenon when the sun never sets and so the term.

At life in Merchant Navy I mentioned how mariners are blessed to be so close to mother nature. While shore people can see the waves but trust me they are missing the serenity of calm sea. At wind force "0" the sea is exactly like a mirror. Wish I could have a sea like mirror image but my bad, never took one. While sea is good, glittering shore is better, specially when seen from a ship after a long sailing ! Arrival at port does mean hectic schedule for mariners yet the dazzling city is  charm to watch. Credits to Shuja Mohammad for sharing his evening in Rio de Janeiro.

My mother always says "He will go crazy in Sea" so when I first saw the sea glittering at night, I thought she very well might be right ! Thankfully I had a brilliant cadet on-board, who got the information from Mariner's Handbook Chapter 4 section 4.47 and gave all credits, not to my imagination, but to microscopic marine life.

It is a remarkable natural phenomenon occurring mostly in the Arabian sea. These marine bacterias and organisms emit lights when mixed/churned with oxygen and the bright wake created is mesmerizing, no wonder they are also known as Milky sea. I wish I had a better camera for sharing this Bio-luminescence at sea. 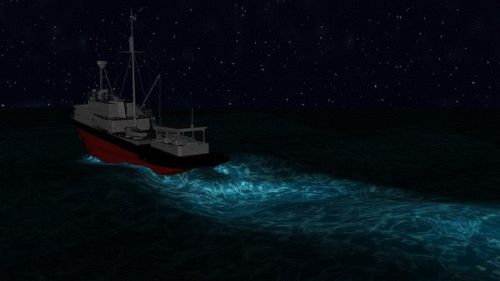 Sea smoke or steam fog is another natural phenomenon occurring at sea when cold air passes over warm water. The water being warm evaporates from its surface but since the air above is too cold it condenses immediately in form of fog.
Sea smoke appears as steam above sea, reducing visibility and hence has another name "steam fog". Mostly occurring in Arctic and western Atlantic regions. Image credits to Saurabh Agarwal for sharing his sea smoke experience. 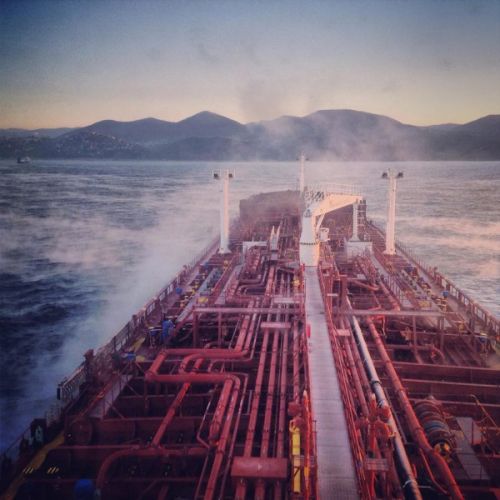 Dolphins, Whales, Tortoise, seals, Polar bear, list is endless. I can spend hours watching those energetic dolphins whistling with the ships. Try blowing your ship's horn when they are near and they may follow you all along. Same goes with seals and sea-gulls.
During start of cargo, cadet reported of seals on forward of our ship, and I prayed that they stay till cargo operation normalizes ! Below pics of seals were taken at El Segundo USA while they rest happily at ship's bulbous bow. A common thing for shore staff but rare for us ! 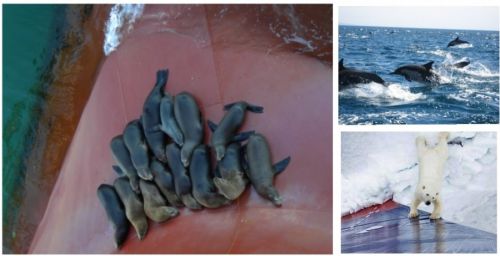 Its spooky to see ship's clock advance and retard from own cabin, no wonder my wife got scared when it suddenly started to tick unnaturally in cabin. She did took a video but I deleted it finding nothing special in it, today I think it would have added to this list.

While traveling to different countries we do reset our watch but on-board ship it occurs after every 15 degree E-W or practically after a small calculation. I will not go into technical this time (pun intended !) but watching the clock's hand move unnaturally for few minutes might remind you of some B grade horror movies ;-)

My wife thinks mariners are also blessed to be sailing one of the largest floating mega-structure created by humans, a SHIP ! Its the ship which makes a mariner and not the other way. Having sailed with me for last 2 ships, she believes that she is lucky to be a merchant navy wife as she experienced actual sailing of a commercial ship. This blessing is only to a mariners or his wife/children (even parents are not in this list). Panama canal is flooded by tourist just to get glimpse of a ship and here she is actually sailing on-board !

While I always thought of ship, as a place where I worked, its her funda of living every moment which made me realize that it is a blessing indeed. Perhaps its perception issue with me, perhaps she is right everyone is blessed each new day just that we never realize it ! Anyways dare I say she is wrong ;-)

Do share your own experience which I may have missed. Bon voyage to all mariners ;-) 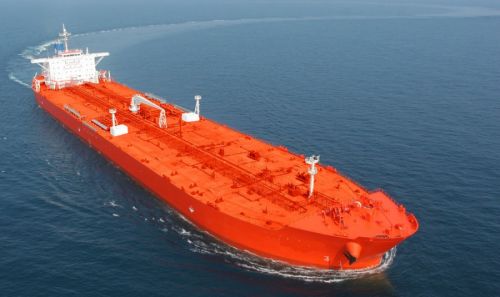 LIFE AS IT IS MERCHANT NAVY FORUM