Download of google maps offline on android may become necessary while travelling/camping with limited mobile network, when frequently travelling within same locality/city or better still to save your mobile data usage by downloading from free Wi-fi network ;-).

While Gmaps are used mostly online but saving small area of Google Maps offline will later allow you to travel using Android GPS, without internet connection! While a GPS is not mandatory but without it Cached Google map may not be of much use !

The cached files gets stored on your SD card at
/SD card/Android/data/com.google.android.apps.maps/cache/
but you cannot use it directly. Let see how to use this downloaded Google map offline. 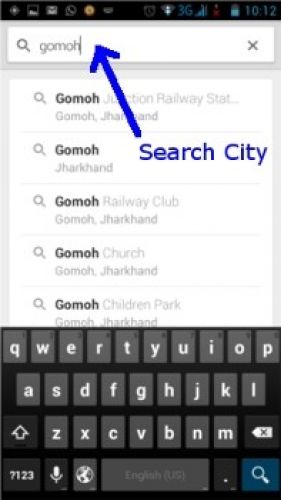 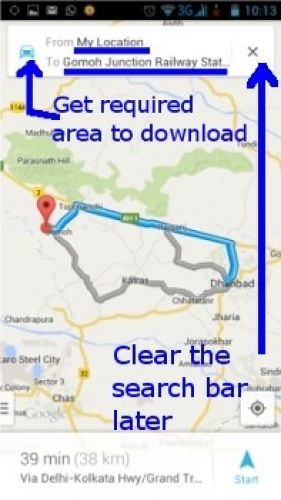 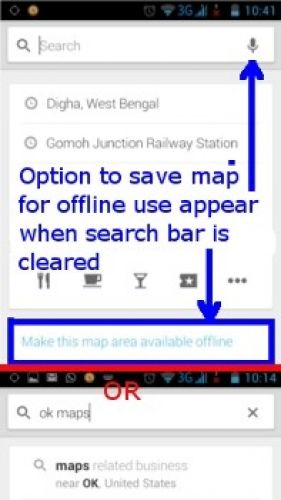 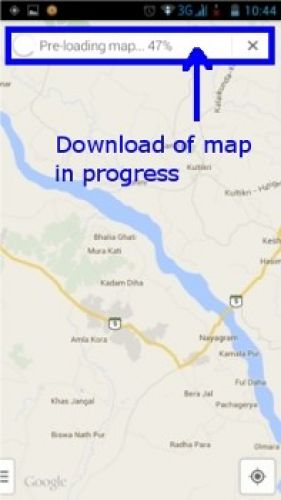 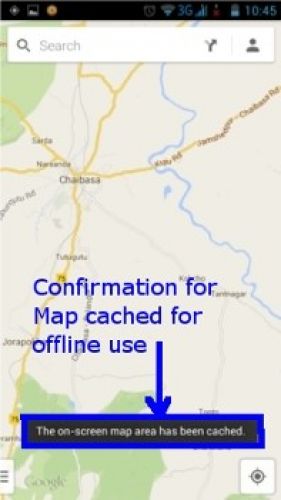 Once you have downloaded Google maps offline you can use cached file later without internet. In previous Gmaps version it was available in menu itself, but present version does not have such option.

Google maps, by default will open on last browsed screen and will be showing data from your offline file only.
If you see the world map then zoomin to your cached area and details will start coming from offline file.
However if your screen is blank, you will need internet connection initially to load Google Map for POI area. Do not try to search for city now else error "No network connection" will come. You can switch off Internet later and zoom in to the map, the map will load offline ;-)

With keeping in mind Offline google maps limitation you can even use your saved offline map for navigation purpose. Switch on internet and get the route data to show track from your location to POI. Now switch off internet and zoom into the track route, your Android GPS will still work indicating your movement on the track as "Blue dot" while your google map will get its data from offline cached file as you travel. Also check Clearing offline google maps for removal of saved Google Maps from your Android phone. 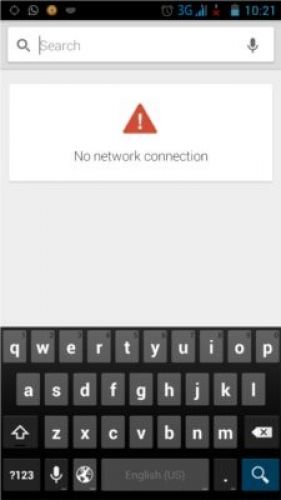