We knew Orkut is dying ! Never thought its euthanasia will be so soon. Google is bidding Orkut "Farewell" on 30 Sep 2014 and declared it officially on 30 June 2014.

Orkut which was started in 2004 by a Google employee Orkut Büyükkökten culminated in 2008-2009 so much that during my Chief Mates exams all mariners talked only about Orkut. My friends got their better half on Orkut, found question answers in group, searched others profile, checked who visited their own profile, scraped and list is endless ! Orkut was one of the most popular website in India and Brazil, so much that Google Brazil took over the operation and maintenance of Orkut in 2008. That was in 2008, soon Facebook came in and the connections were far better now, news feeds at one place, groups were your tabs, your marital status was open like your Facebook wall and your selfie got more likes than your friends !

Orkut did improved a bit with crazy batches and weird ideas to push Google+ but Google kept promising of continuing support for Orkut due to large Indian and Brazilian base (almost 70 million). Anyways now that they have pushed Google+ through orkut silently, its time to say goodbye to Orkut. There will be no new registration allowed in Orkut from July 2014 and you are free to export your datas, community posts and photos using Google Takeout till September 2016. Most public communities will be archived soon.

This is not the first time that Google is shutting its service. Google wave, Google news reader, Google buzz, Adsense for feedburner and lot more services have been shut down before too! Google which primarily makes money online from advertising, needs to invest resources which generate more income and Orkut was not in that list these days. Think about it when was the last time you checked your Orkut account or even cared that its working ! Anyways thanks Orkut for once being part of our life. RIP ;-) 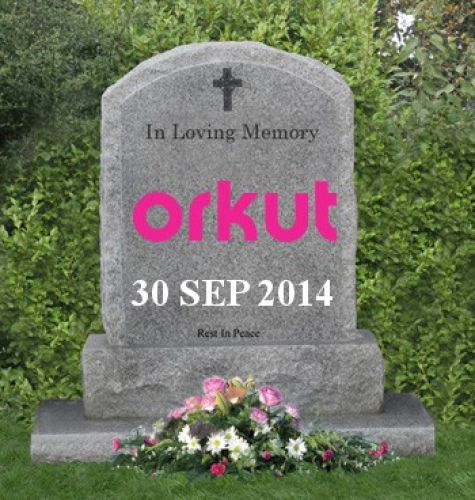