You ask me Why I hate Facebook ? I can categorize my hatred for Facebook in two parts :


I simply refer to self as Facebook User who is on Facebook for Social networking, to connect with friends and relatives and to know whats new with related people.


Ok I admit I am no geek, so I took more than a week to understand the setting and buttons on Facebook. I hate Facebook as it no way supports the KISS(Keep it simple Silly) principle. There are buttons on every nook and cranny demanding some attention and action.
Once registered you might be guided to fill this or that part simply because Facebook knows that you are lost. Settings have been categorized and then sub-categorized. Most never make sense initially and when you are fed up of the constant reminders, notifications, poking, tagging etc. you will never find which setting to change.
I thought may be I am the only one until I did a Google trends for "Facebook help", just check the results and you will understand what I mean.

Do I even need to elaborate this! Facebook has always been hated because of their lack of Privacy. Facebook was made for people to connect & socialize. Perhaps Mr Zuck never guessed that millions will connect in so fast without even realizing that Facebook is about sharing almost everything. Users started to hate facebook because of this and in came Google and Google+ corrected this. Facebook was later forced to add Privacy settings and now you can choose with whom you want to share.
Even after enhanced Privacy settings still some countries believe that Tagging is a serious violation of User Privacy. I personally never add any private photos on Facebook profile but my friends can easily upload any group picture and anyone can Tag it. Now I have the option of un-tagging my picture and also reporting to Facebook....great ! Others can add you to Facebook Groups, but hey, you can leave that group later !

I cannot change the Interface in anyway. I cannot choose the colour or the template or anything about how Facebook may look however Facebook can always keep testing their ideas and later without asking change it to frightening "Timeline". Timeline what ???
I told before, I hate Facebook interface and learned to navigate in a week or so and when I was a bit comfortable they changed it to Timeline. Should I bother to understand the timeline, hell I would!

I log into Facebook and 99% of times I see "Good Morning", "Good Evening","Hi" with no other updates. Then there are people who would update almost everything e.g. when they wake up, eat, sleep, f*rt, etc. I think Facebook has given this false belief to everyone that they matter online. Everyone is there to write their opinion and I am forced to skim through a lot of Garbage.
I also waste time by un-tagging and leaving bizarre groups which I am added regularly. While I changed the setting already yet I wonder how this thing never stops.
There are people who are in a race to have more friends than some other idiot and you will get Friend requests from people whom you do not know.

While I may hate the Facebook yet this website is viral. Can you believe that there almost 8-10% fake profiles on Facebook. So think about it ! There are millions who waste not only their time but even yours with more than 1 profile ! I have met people who spend hours everyday online liking, sharing, tagging, grouping, gaming, posting, following and what not on Facebook. They tell me "Time has killed them, now they are killing time through Facebook". Do they realize that at the end of the day they are doing "nothing" in real sense ! 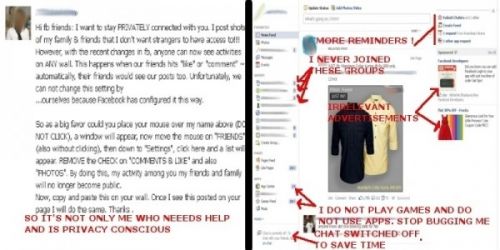 I hate facebook as a as a web-developer / Publisher because of :


I won't lie, the reason I joined Facebook was to Publicize my Website/blog. The most ubiquitous "Like" button is on every website today. The reason is that if any visitor clicks it, this action will get posted on his/her wall which would be updated in the news feed for his/her friends and some may even click back to check your website. Result is more traffic for your website/blog.
Facebook have trained the Media and popularized the view that Companies, Web-developers can have only one Facebook profile but  as many Facebook Pages as you want. The result is that websites/blogs have Facebook Pages and they make like buttons for that Facebook Page. Have you ever wondered who is getting popular by this ? The Facebook page will remain as likes in the users profile. When people click in the news feed they will be routed to Facebook Page and if possible after that, to the website. So who is getting more back-links...its certainly not your website but the Facebook page and in turn Facebook.

Facebook follows Open Graph but never tells openly that they create Facebook Pages for websites with more than 30 likes. I never had any Facebook Page and created "Like button" for my website directly. If I got 30 likes, then Facebook later started to show the admin page to me (you need to add few meta tags). I was happily getting the details and able to connect to the Users through that Facebook Page (called "Admin Page" for website). If my viewers liked it then the link to my website was shared and people would route down to my website.

Everything was OK until the "Facebook Migrate Page" thing started. Now Facebook is stopping this! They have left a window period to migrate this admin page to a normal Facebook Page. It was this warning to migrate that raised my hatred enough to write this post. Due to this I will need to spend more time understanding how to migrate and other details. In their own words the migration will affectA Facebook admin page will no longer be created for any new Open Graph object page that is annotated with a Like Button social plugin.
With this admin page deprecated, developers will no longer have the ability to publish updates to users who have clicked on a particular Like Button. Facebook wants the publishers to migrate to a new normal Facebook Page andThe href of the existing Like Button should also be reconfigured to now point to this new Facebook Page. Wow ! So much for getting more traffic.

Social Plugins like Like button, send button, Follow button, Comments, Login button, Registration button are provided by Facebook but each have its own restriction. Neither the Login nor the registration button provides you the details of the users directly. You will have to use some server side coding which are not detailed on its website. The like button will loose its charm if everyone would need to create a Facebook page. I am not sure but send button too will send only to those friends who have facebook account. The Comment box is pure Javascript so the comments are never part of your website but the website area which it uses becomes Facebook part! None of the comments posted will be available to Search engines directly so informative comment will get lost in facebook. Social plugins may vanish later and you need to update (Happened with "Live stream Plugin")
Each integration means more server load and delay time in loading of your web page content.

Have you ever seen what Facebook says for Web Applications.
Build a game or app that runs within an I-frame on Facebook.com itself.
So Facebook Apps will work under an I-frame and the file needs to be on your server (yes I am talking about server load). Using I frame for other website content is a strict NO NO by internet standards. It is like stealing anyone else content on your website. But the definition changes when the website owner is himself allowing it on Facebook.

Why would anyone whose website (online gaming are excepted) has great content and apps, put it in an I-frame for Facebook ? Because Facebook can drive more traffic to your website, if the application is well made. You can get more people to join and get more and more permission to access their data ...simply said you can go viral using Facebook and it can use your content for its own benefit. SO if everyone puts the website content in I frame all the internet will be Facebook...or am I getting just too paranoid ??

I also admit that people are making groups, some of which are really good and active but the information always gets lost in the comments and the same doubts and questions are asked repeatedly. A simple googling gives more better results then searching on Facebook. Facebook is not internet and will never be. Just because it started to compete with Google for revenues and ads does not make it internet.

The lure to get traffic from Facebook is not as effective as time spent on SEO by the bloggers. While I admit that Facebook does drive few traffic to my websites but trust me it isn't enough to lower my hate for Facebook as a blogger. 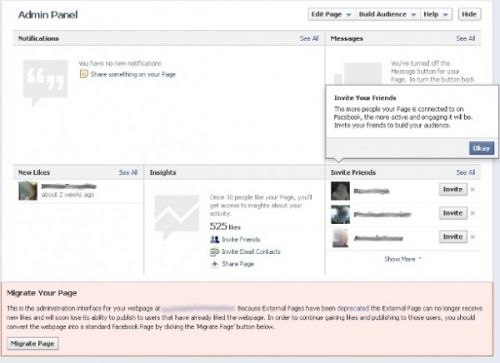